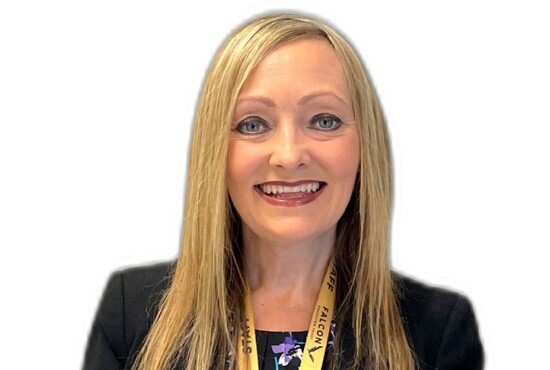 Anne-Marie has over 20 years' experience working in schools in challenging circumstances and it was this passion and background which led her to take up the role with Falcon.

After initially obtaining her legal qualifications, Anne-Marie began her career with the Civil Service, before completing a 2 year PGCE qualification and moving into teaching in 2000, where she worked at a secondary school in Leeds for nearly 10 years. During that time, Anne-Marie held  various positions on the Senior Leadership Team and helped to move the school from Inadequate to Satisfactory in 2007.

In 2009 Anne-Marie took up a position on secondment as Headteacher of the Leeds Teaching and Learning Centre and under Anne-Marie’s leadership, in less than 18 months it came out of category and was judged Satisfactory. Anne-Marie continued in that post, and strategically lead the development of an AP provision for KS3 and KS4 pupils, serving seven secondary schools in the South of Leeds, under a government pilot. Remaining in this role until 2013, Anne-Marie oversaw the improvement of results which were in the top 2% nationally on APS scores and in the top 10% for 5A*-G at GCSE or equivalent.

Anne-Marie has subsequently held positions on the Executive Team of two high performing MATs, assisting with school improvement and specifically providing leadership support to the Leeds Jewish School in 2015, helping it to achieve a Good Ofsted rating within its first two years of opening.

Having worked on the operational side of Multi Academy Trusts since 2013, Anne-Marie has implemented and developed governance and compliance procedures across multiple Trusts and converted a number of schools as well as overseeing several successful CIF projects, alongside discharging responsibilities as a Data Protection Officer.